Happy... Something or Other

New video time! Does it count as a late holiday special if said holiday is a questionable summertime mishmash? 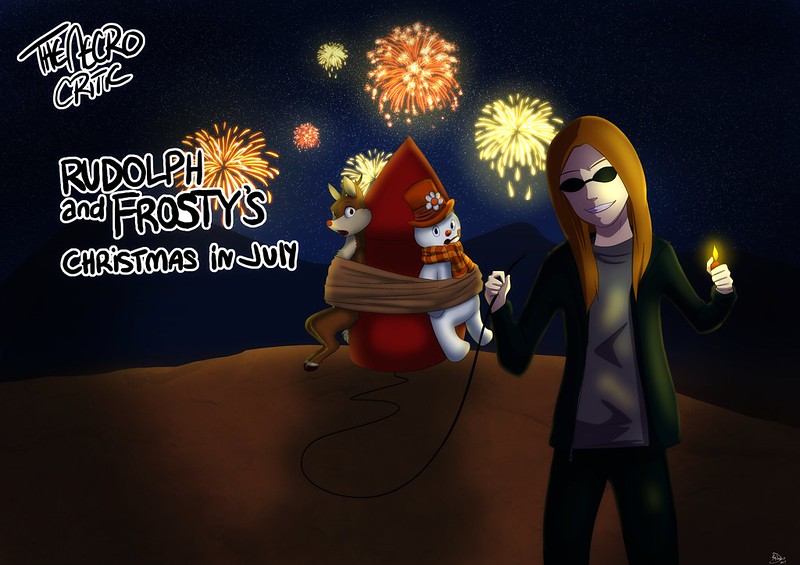 Sorry for the long wait. I've had a lot to deal with this past year. However, I have been hard at work trying to do as many videos as I can. You can expect some big changes coming this year.

Hey guys, so it's been a while since my last video. Due to a combination of technical issues, reshoots, scheduling issues, and personal troubles, there's been a bit of a delay with this one. This is by far my most involved video yet. Anyway, here it is, I promise this will be the last embarassingly late holiday special I ever produce. Enjoy! 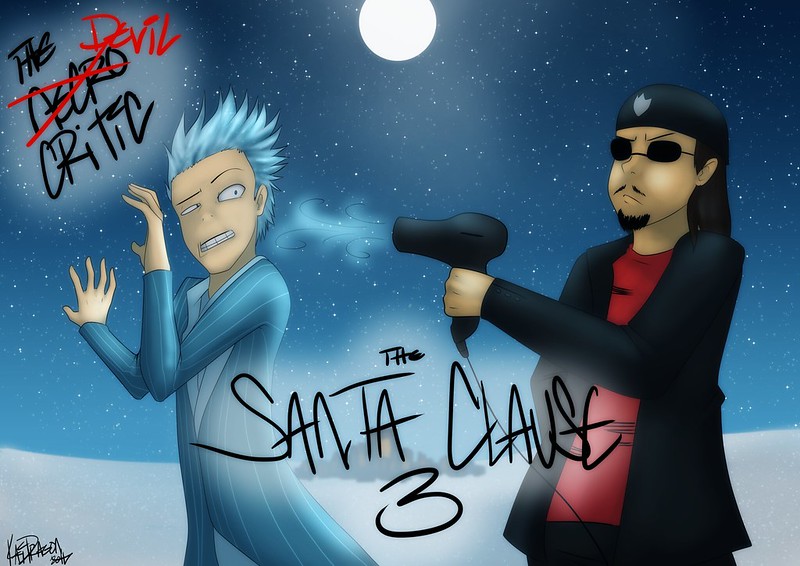 Also, as an apology for the recent dry-spell, I will be making a video with YOUR help. What I want you, the fans, to do is tell me what your favorite moment(s) from any of my videos is. Either leave a comment on this post or send an email with the subject "Favorite Necro Moment". When the time comes, I will post a video showcasing The Top 10 Best Necro Critic Moments (So Far), as determined by you.

I also have a few new video projects in the works, as well as a special upcoming announcement regarding the future of my videos, so stay tuned for I promise to be an amazing year.

Sorry my next video is taking so long. Between reshoots, scheduling, and general technical BS, it's taking a lot longer than I thought (I friggin' hate doing late holiday specials). However, you guys have been very patient with me, so here's a little chunk of fan appreciation to tide you over for a bit. Over the years of doing these videos, people have done fanart of me. I figured it might be nice to showcase some of them for everyone to see. So without further ado, let's get started. (Note: All of these pictures link to their respective artists' pages)

I like this one a lot. It's cool, sexy, and somewhat anime-esque. I especially love the pose that just seems to say, "I'm awesome and I know it." 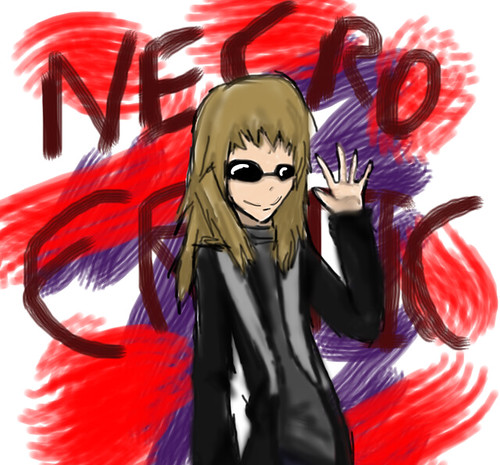 I'm not gonna lie. This one is straight-up adorable. 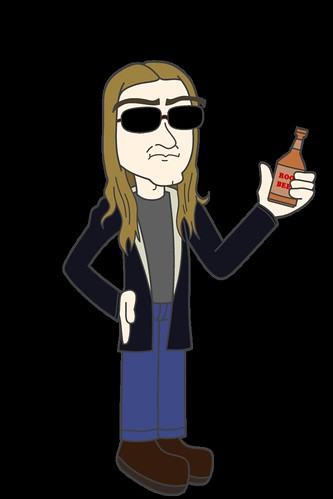 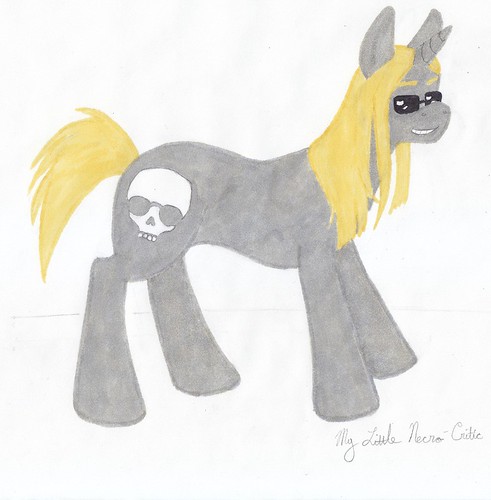 So, there's actually a story behind this one. Apparently someone commissioned one of my college friends to draw this one, but never paid for it. Because she never got the money from them, she wasn't going to upload it, but decided to anyway because she thought I would appreciate it. Guys, don't be like that jackass. Pay for your commissions. 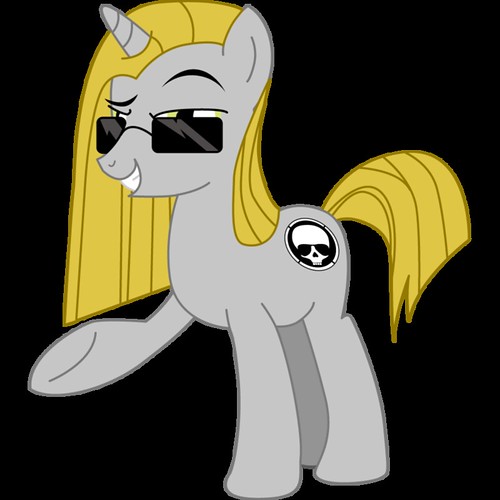 This is a very impressive vector. Although I'm not sure how to feel about the fact that people apparently really want to see me as a pony. 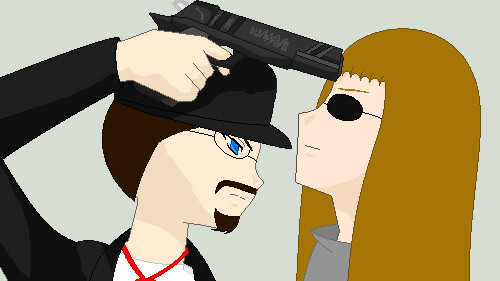 So, ever since that gag video where I accused the Nostalgia Critic of ripping me off via time machine, a very common theme in my fanart is the two of us going against each other. This one seems a little one-sided, though. 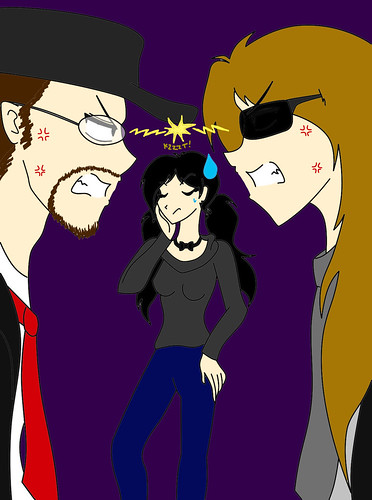 I really like how this one outlined my eyes under the shades. Fun Fact: Sunglasses give a +10 Bonus in staring contests. Also, Lindsay Ellis (formerly The Nostalgia Chick) is in there for good measure. Why not? We're both Johnson City natives.

LEGOs. Because why not? 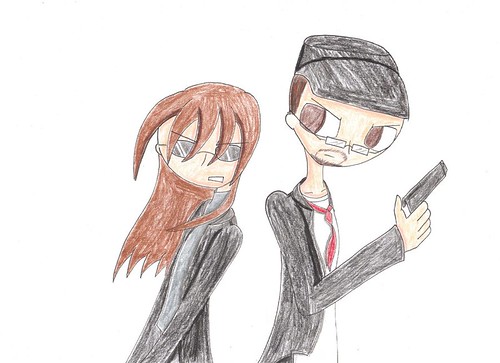 This one looks kinda like an action movie shot. 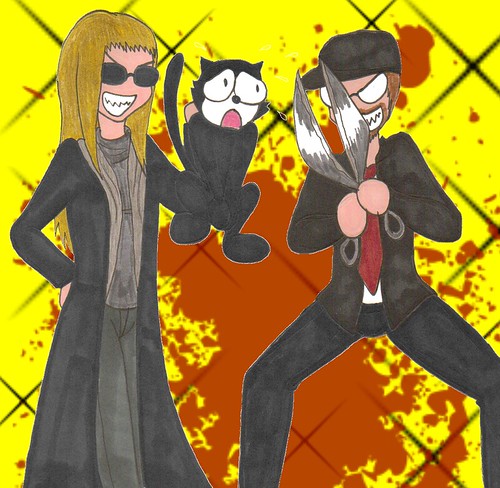 Now there's a team-up for a good cause. 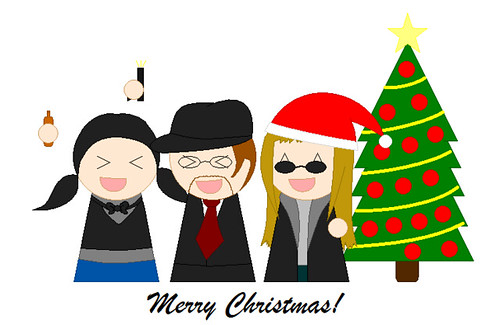 Until I post my Santa Clause 3 review, let's just keep pretending it's still Christmas. It's slightly less sad that way. I really like the style of this one. It's simplistic, but cute. This artist also did a random comic where the three of us, along with the Angry Video Game Nerd, start fighting for silly reasons. 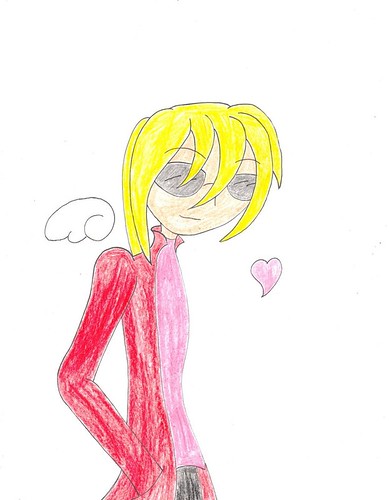 Now this one isn't actually fan art of me per se. But the artist clearly credited me as a design inspiration for their Rise of the Guardians OC. I just think it's really cool that I was able to inspire something like that.

And that about wraps it up. If you have any fanart of any kind you'd like to share, send it my way, and I might feature you in another one of these showcases when the time comes. Until then, thank you guys for being some of the greatest fans a guy like me could ask for.

I know I said I'd stop doing late holiday specials, but I've put so much time and effort into these videos that I refuse to just shove them aside for next December. Besides, technically the Christmas season isn't over until Epiphany in mid-January. So like the Three Wise Men, these three videos took a long time to make the holiday extra special. Expect the next two soon... 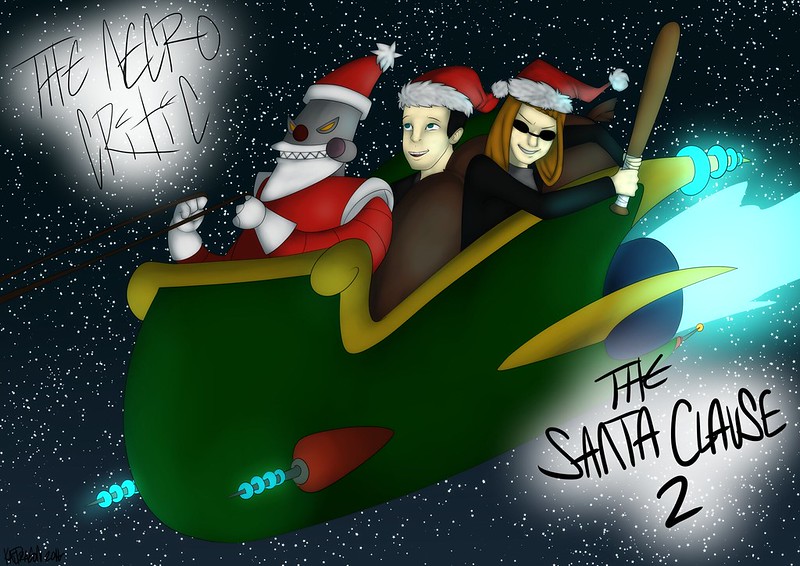 Special thanks to my new title card artist Heather Warren. You can check her out here. 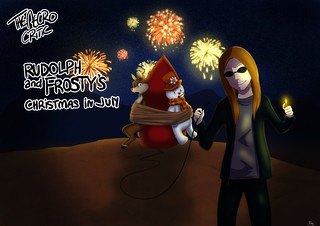 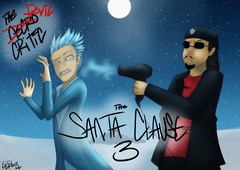 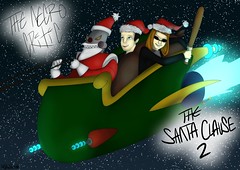